Ward tastawiyiniwak (TASS-TAW-WIN-EE-WOK) is located in North Central Edmonton and includes over 20 neighbourhoods. The ward stretches from 127 Avenue north to the Anthony Henday Lake District, including all the neighbourhoods between 66 and 112 streets.

In December of 2020, the City of Edmonton created new ward boundaries and new ward names. The name tastawiyiniwak, is the Cree term that refers to the LGBTQ2S+ community. Its English translation means the “in-between people” referring to individuals choosing where they belong, moving between gender roles as they wish.

Watch this City of Edmonton video to learn more about the ward name and its origin. 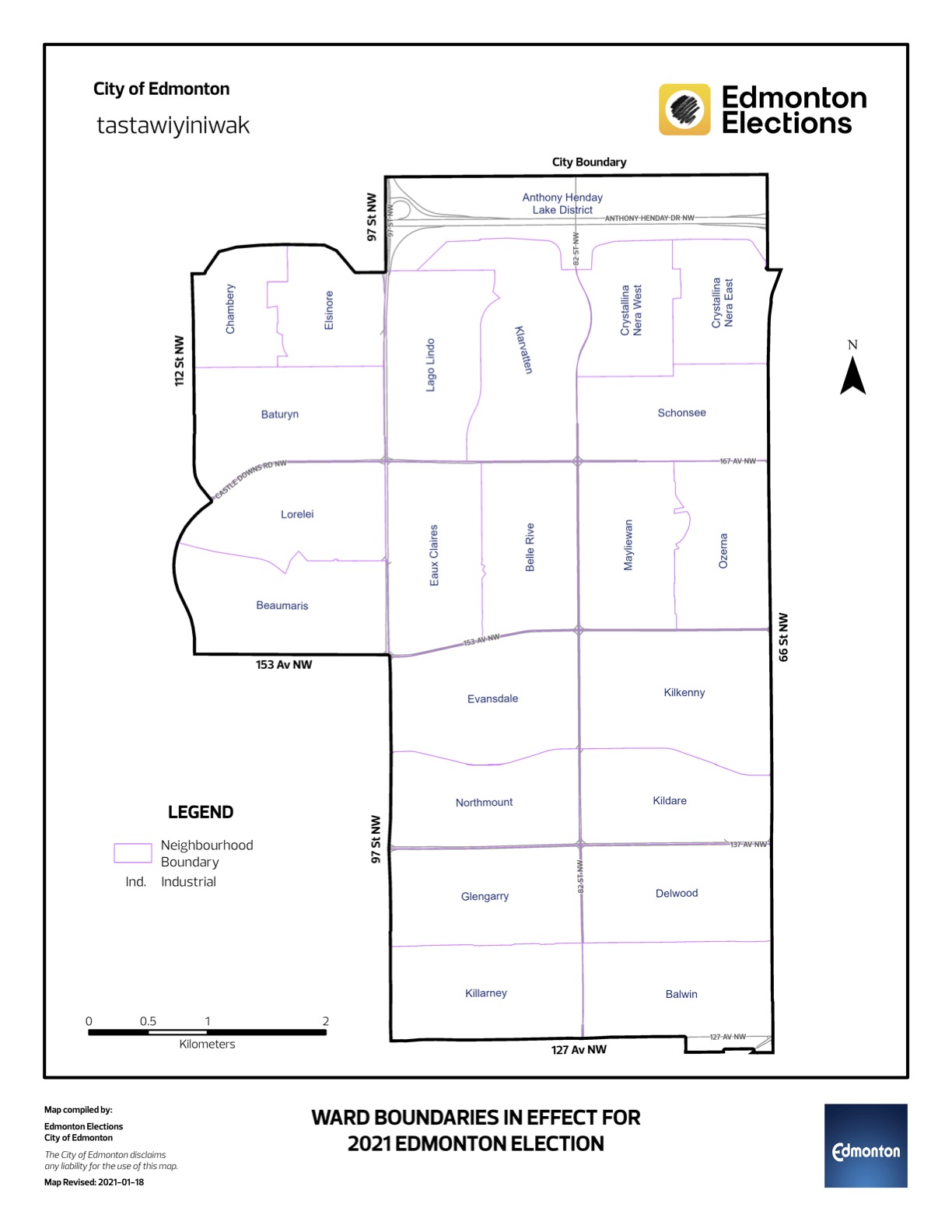